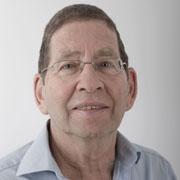 Prof. Hagai Netzer works on several topics in extragalactic astronomy including: the formation and growth of the first super massive black holes; star formation in the local and early Universe; the parallel evolution of black holes and stellar mass in galaxies; measuring black hole mass using reverberation mapping and direct imaging; the physics and the properties of accretion disks around super massive black holes; the physics of ionized gas and dust in astronomical objects; mergers of galaxies in the early universe; AGN and star formation feedback in various types of galaxies.

Future directions: using VLT-Gravity, VLT-SINFONI, JWST, Keck and XMM-Newton to improve and explore new ways in the above topics.

Tel Aviv University makes every effort to respect copyright. If you own copyright to the content contained here and / or the use of such content is in your opinion infringing, Contact us as soon as possible >>
Tel Aviv University, P.O. Box 39040, Tel Aviv 6997801, Israel
UI/UX Basch_Interactive